We are often asked, "Why do the ‘issue’ coats on post cost less than Marlow White's?" The answer is -- you get what you pay for and most often Marlow White is still the best value. We have found that the "issue" coat nearly always requires very expensive alterations to modify the uniform to a standard that a professional Soldier would accept for their DA photo.

The "Issue" coat is not tapered and has a "boxy" cut, making the Soldier appear overweight unless the coat goes through expensive alterations. 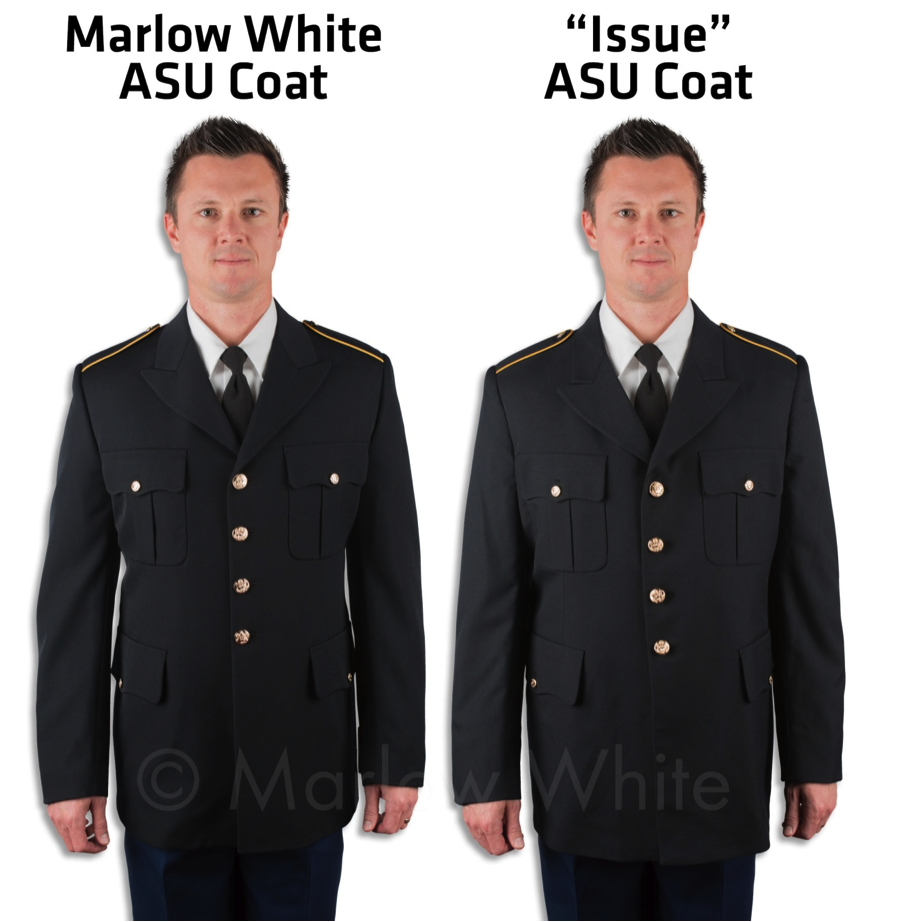 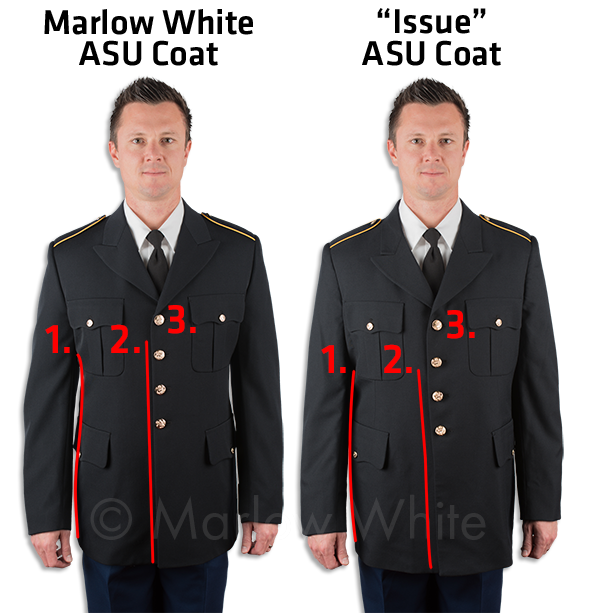 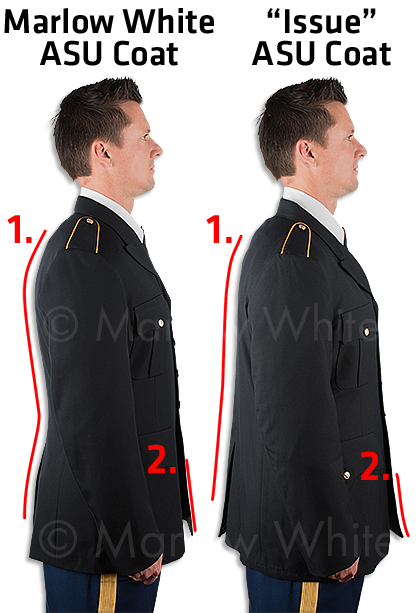 We altered both coats as described above. The total cost of each coat after alterations was about the same, $225 for the Marlow White coat and $228 for the "issue" coat. However, the "issue" coat still had value disadvantages that cannot be done through alterations: 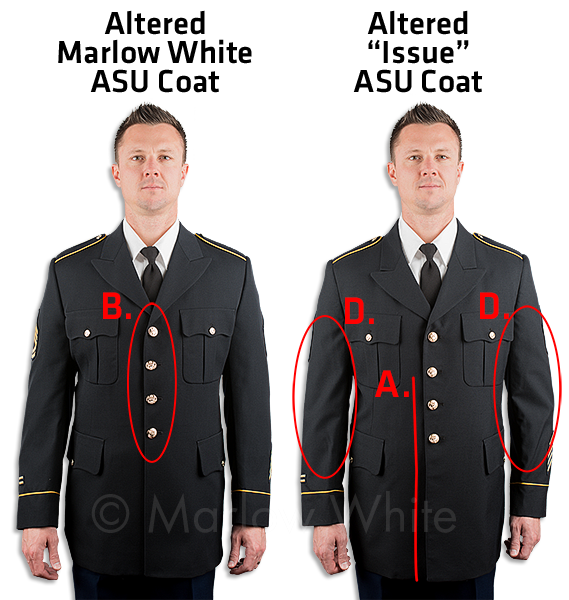 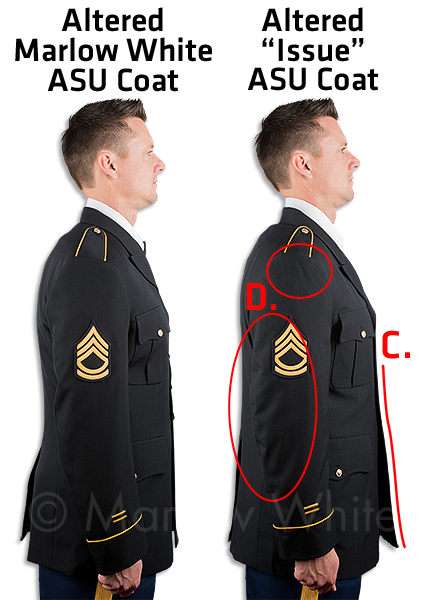