The etch is perhaps the most difficult to depict by photograph because of the difference in the chromium content of the stainless steel, the inability to depict the depth of the etch, and the way the light reflects in unretouched images. 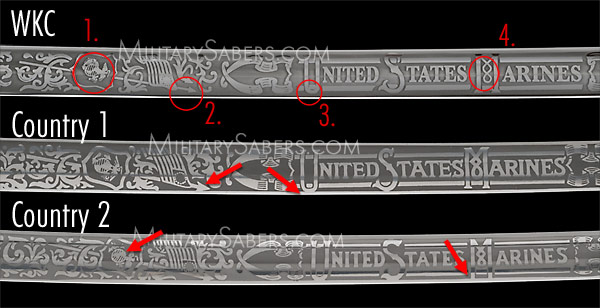 Return to All Sword/Saber Comparisons.

[photos are not retouched]