When performing Manual of Arms, please keep these important points in mind:

As a quick reference Marlow White is providing the applicable FM relating to Army Sabers/Swords Drill. 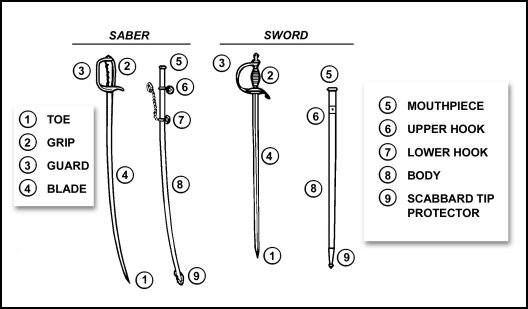 Execute Standing with the saber (sword) using the following procedures:

a.     Attention. This is the position before the command Draw, SABER (SWORD) and after the command Return, SABER (SWORD). The hands are behind the trouser seams and the thumbs touch the first joint of the forefingers (Figure F-2). 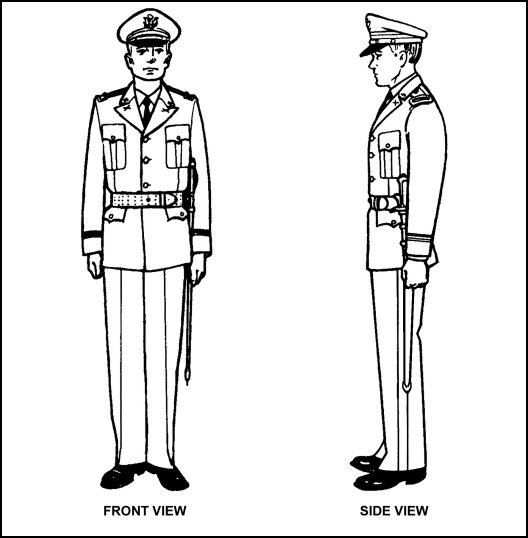 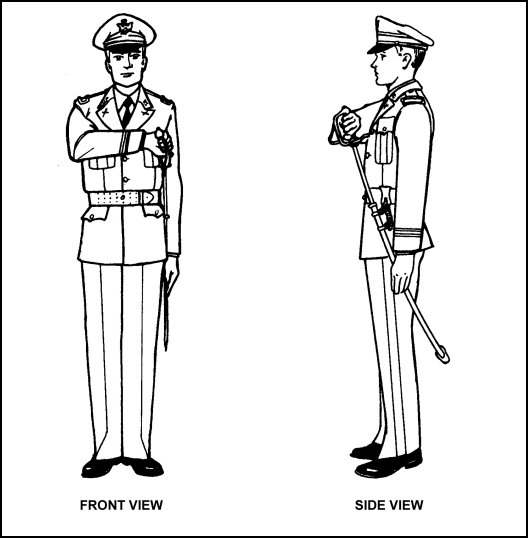 (1)     At the preparatory command Draw, grasp the scabbard with the left hand turning the scabbard clockwise 180 degrees, tilting it forward to form an angle of 45 degrees with the ground. Take the saber (sword) grip in the right hand and pull the saber about 6 inches from the scabbard. The right forearm should now be roughly parallel to the ground.

(2)     On the command of execution SABER (SWORD), the saber (sword) is pulled out of the scabbard and held in the position of Carry Saber (Sword). The saber (sword) should be held with the inner blade-edge riding in a vertical position along the forward tip of the right shoulder (Figure F-4).

(1)     At Carry Saber (Sword) (Figure F-4), the officer (NCO) is at the Position of Attention. The saber (sword) is held in the right hand; the wrist is as straight as possible with the thumb along the seam of the trouser leg. The point of the blade rests inside the point of the shoulder and not along the arm. The saber (sword) is held in this position by the thumb and forefinger grasping the grip, and it is steadied with

(3)     On the command Order ARMS, the saber (sword) is returned to the position of Carry Saber (Sword). 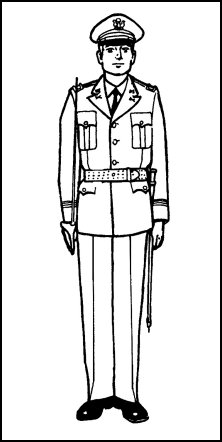 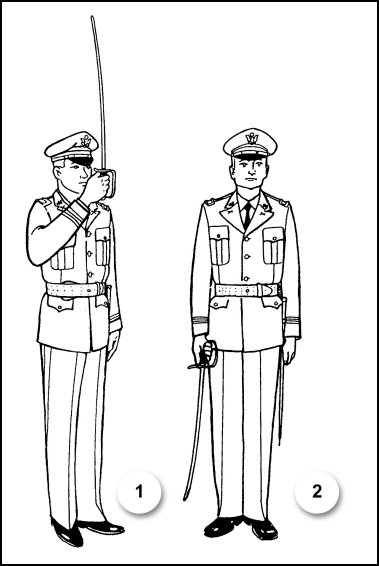 d.     Parade Rest. This position is assumed without moving the saber (sword) from the Order Arms position. At the command of execution, the left foot is moved about 10 inches to the left (of the right foot), and the left hand is placed in the small of the back, fingers extended and joined, palm to the rear (Figure F-6). At the command of execution ATTENTION, the left hand and foot are returned to the Position of Attention. 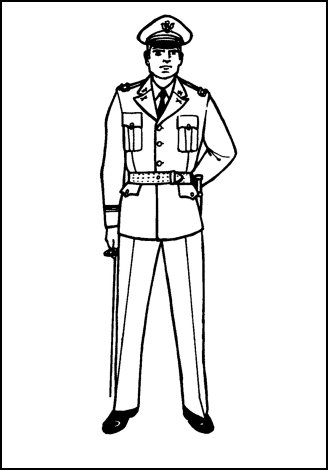 (1)     At the preparatory command Return of the command