Jump to the various parts of the page:
- Contest Background and Story (moved to the bottom of the page)
- Contest Overview
- What Happened to the Guy?
- Soldiers: Keep Spotting Frauds!
- Photos of the Uniform
- Contest Winners
- What You Said About the Contest!
- General Comments about the "Solution"
- Long List of Problems with the Uniform

Wow, did I underestimate how tough it would be to run this contest! After getting all of the results in, I took a little vacation only to return to the long-awaited announcement for the new ASU. Life has been a little rough since, plus this guy had a BUNCH of errors on his uniform. I thank you for your patience.

By my count, there were 55 errors on this uniform, with a total possible score of 113 points. I think our original entry form (for the first day or so) had 20 lines on it, then we expanded it to 30 lines.

What Happened to this Guy?

Many of you asked what happened to this guy. Well, we were working with a police organization in Missouri for the theft portion. Apparently, Collier ended up in Indiana and Kentucky, and apparently got some deserved jail time. One of our VFW customers e-mailed us as follows:

When I 1st saw the uniform in the "Spot the Fraud" contest it had a fake tomb guard and a unearned Drill Instructor badge on it..... Yeah the guy that did that came here from up in Indiana. Please note that he was wearing 10 service stripes... one stripe for every 3 years of service. Collier was only 42 years old.... do the math..... 42 minus 30 equals ???? LOL... He spent several months in the jail here. Then moved to a town about 30 miles away and started "Helping" the local Army recruiters. One other thing that tipped us off was that he had to be told to get a hair cut. U think a retired CSM would have to be told to get a hair cut.

And yes, he had a forged Sentinel (Old Guard) Badge and a Recruiter Badge. I sent the "Tomb" Badge to the Old Guard on the premise that where one of these is die struck, there will be many. And Mary gave the Recruiter Badge to a young Recruiter who was in our store one day.

I tell civilians that a Soldier's uniform is his or her resume' and that another Soldier looking at it can tell much about the individual – what he (or she) has done, what his background training is, and how much pride and attention-to-detail the Soldier has by how it looks.

Many of you had some factual errors concerning badges or the wear of items on the Class A vs. the Dress Blue (now becoming moot with the ASU). I encourage you to review AR 670-1 every now and then. Soldiers are the most qualified to spot frauds like this guy (and there are other frauds out there), and we particularly owe it to the true Silver Star and Purple Heart recipients to expose guys like this.

Photos of the Fraudulent Uniform: 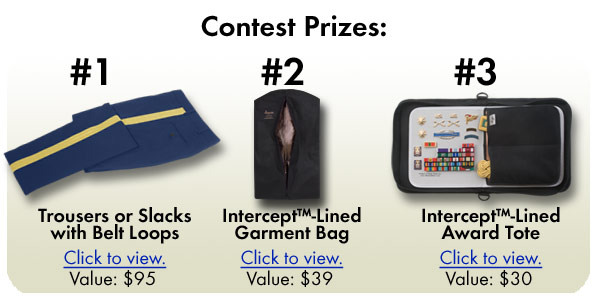 What You Said About It:

"Who is he, Superman? ... Overall too much stuff, makes him look suspect right away."

"I think this is the worst sewn uniform I have ever seen. Even if I had earned all of those awards and decorations I never would have worn that jacket because it looks like the patches and stripes were sewn on by an infant."

"I hope this bozo is being prosecuted to the fullest extent of the law."

"Somebody actually did this? Firing squads still happen in UTAH!!"

"That was a lot of fun. Might have been more fun had the uniform shown signs of having been torn from the posers body."

"Why is this guy not in jail? Wow, it's not too hard to bust him if you look hard enough. I hope this guy was keelhauled and fed the the krakens."

"Thanks for putting this on - had a lot of fun doing it! And as a Life VFW member, I hope I never meet this 'CSM' Collier."

General Comments About the "Solution":

Good old-fashioned advice. We have never had a contest before. And some of our customers have wondered why we require credit-card-billing-address matches when placing an order. The background to this contest explains why.

About a year and a half ago, before we began requiring credit-card-billing-address matches, a man ordered a Dress Blue uniform, service stripes, and rank from our web site using a stolen credit card. Unfortunately, he did not order any ribbons and badges from us that would have raised any red flags.